“helloDarwin relieves me of so much stress! The service providers are available and willing to work - and that just makes it all so easy!”

Surround yourself with the best and find experts for all your projects.

Hire the best external experts for your project, on your budget and timeline.

Since the start of the pandemic, 200 000 pets have become part of Quebecois homes, and over half (52%) of all households keep a dog or a cat. If this rise in adoptions is making Quebecois families happy, it’s also delighting specialist stores: “We can tell there’s a rise in adoptions because we’re selling more products for pups and kittens”, said  Martin Deschênes, the CEO of the Mondou store chain, in an interview with Lapresse.

With a 15% increase in pet food sales and a 30% increase for toys, the opening of new stores, the acquisition of Ren’s Pet and the hiring of more than 100 employees at the company headquarters, Canada’s leading distributor of products, services and accessories devoted to the health and well-being of pets hasn’t been short of projects since the start of the pandemic!

This growth also has an impact on the various service departments of the business, and it is sometimes essential to fall back on outside resources in order to move projects forward. “We have four in-house designers, and they were so overloaded that I asked helloDarwin for help, and it went super well”, said Mondou’s marketing content manager, Marc-Antoine Legault.

Aside from the graphic design project, Marc-Antoine Legault had a different requirement regarding some video capsule projects: “This project was about presenting our products in-store, and because we have a panel of experts working for us, the idea was simply to identify their favorite products.” In this case, as well as with the graphic design project, it  wasn’t realistic either in-house or through the 360 agency with whom Mondou works on larger-scale projects and who are less flexible and too high-cost for this type of project.

While attending a session at the Beauce Entrepreneurship School, Marc-Antoine met helloDarwin founder Mathieu Plante. “We had a pitch event at Drummondville and we got on well and then he told me about his service. There was also someone in the group who had used helloDarwin, and he had really loved your platform!” Then, Marc-Antoine Legault decided to use helloDarwin to help him find ideal partners for his two projects involving graphic design and video capsules. 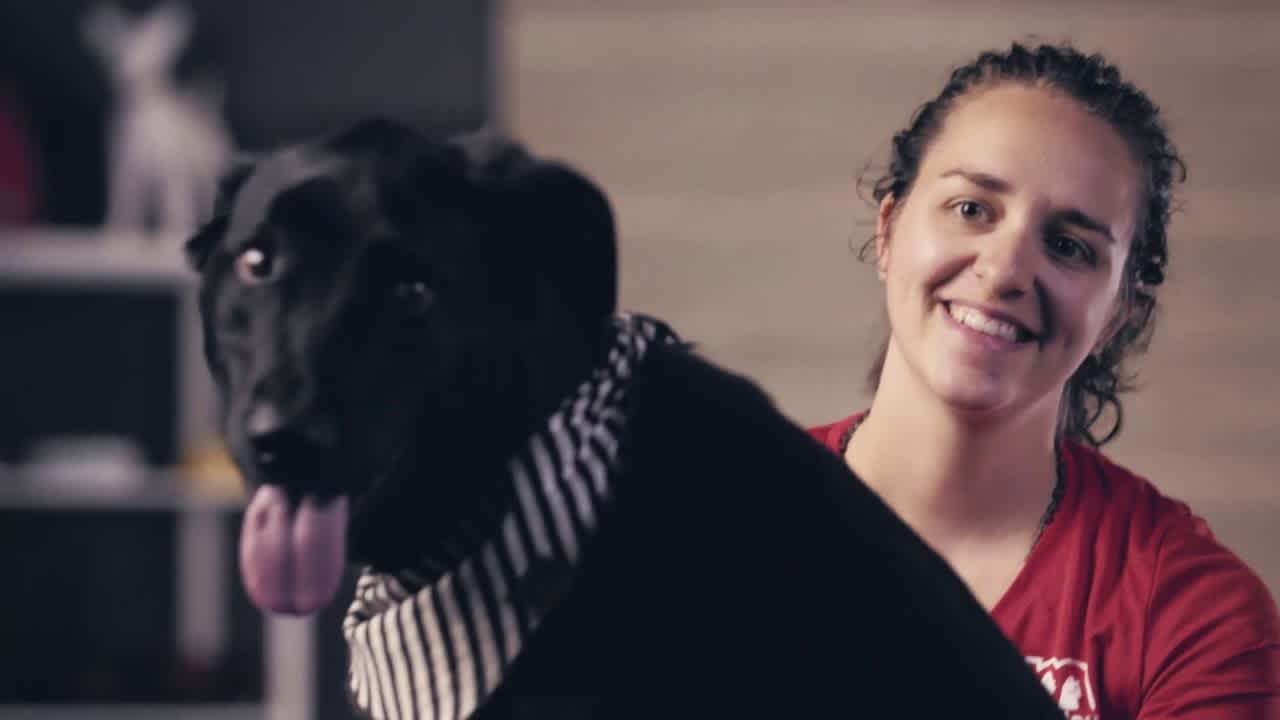 As he already had discussions with our founder, the process of looking for service providers with helloDarwin held no secrets for Marc-Antoine Legault: “Mathieu had explained to me how helloDarwin operates. We had good comments from somebody who’d used your services, in addition of Mathieu’s explanations, I really knew how it would work.”

Marc-Antoine therefore spoke with a digital advisor, Françis, to discuss his project, his expectations and the constraints of it. Less than 2 days later, 6 companies (3 in video and 3 in design) had already contacted the Mondou team.

In choosing between the different service providers, Mr. Legault didn’t rely on the bid value because the quote he received always kept to his budgets. “Why did I choose one rather than another? Let’s say the portfolio helps, especially with small projects. Then there’s the vibe, the interactions. Sometimes it just takes a phone call or an email, and you see straight away that it will go well.”

On the graphic design project with Kinos, Mr. Legault was delighted with the result and especially with the turnaround time: “We spoke on a Thursday, and the design were ready on the Friday morning. So, I don’t know what else they do, but for what I asked of them, it was perfect!”

As for the video project, this was another great success, both in terms of the partnership with Oranje and in terms of the quality of the videos: “We don’t have the right tools to measure the success of the videos right now, but I can say that they are working. We’ve had very good feedback from customers, from everyone!”

The partnership with Oranje won’t end with the video capsules. “I’m in production with them on another project, and I’ve got another one with them in the pipeline. They are my go-to people; they’re really great for highly specific projects, and we really need that.”

When Francis, our COO, asked Mr. Legault whether he would use helloDarwin again for future projects, his answer was: “It’s hard to say when I’ll do business with you again, but you are always in my ‘back pocket’! If I have no photographer, for instance, what’ll I do? Well, I’ll write to you!”